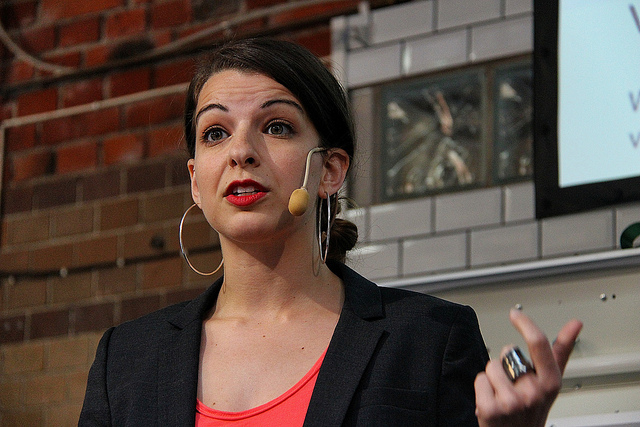 Photo of Anita Sarkeesian by Infomastern

Inspired by one of the many instances of strength, intelligence, and courage from the 2015 Women in the World Summit, today we are tackling the fight against online harassment. Although it is true that men also face online threats and harassment, in this conversation we are speaking of the misogynistic, sexually-violent-in-nature threats that are targeted toward women.

The panel discussion that encouraged us to share our thoughts on this topic, “Stop the Trolls: Women Fight Online Harassment,” was moderated by American journalist and news anchor Katie Couric. The panel consisted of actress Ashley Judd, founder of Feminist Frequency Anita Sarkeesian, Attorney General of California Kamala D. Harris, and author Emily Bazelon. Ashley and Anita have been the targets for some pretty heinous online harassment after expressing their opinions about a sports team (Ashley) and how women are portrayed in video games (Anita). Both women are fighting back.

Two of the major points to reference here are fear and attempted subjugation. Women are being told to shut up and know our places or else… We cannot sit back and allow our voices to be silenced by bullies and criminals. We must join Ashley and Anita and stand for our right to speak freely without the threat of death or sexual violence.

Learn more about this issue by listening to today’s episode and watching the video of the panel discussion (below).

How many voices have already been silenced? Too many. Please, support these women in the fight and comment on their social media feeds with uplifting, positive, supportive messages so we can drown out the negative, sexist, and hateful posts.

Mentioned in this episode:

Listen To The Full Episode:

Have you ever been harassed online? Or, have you ever held yourself back or kept quite because of fear of being harassed? Share your thoughts in the Comments below.